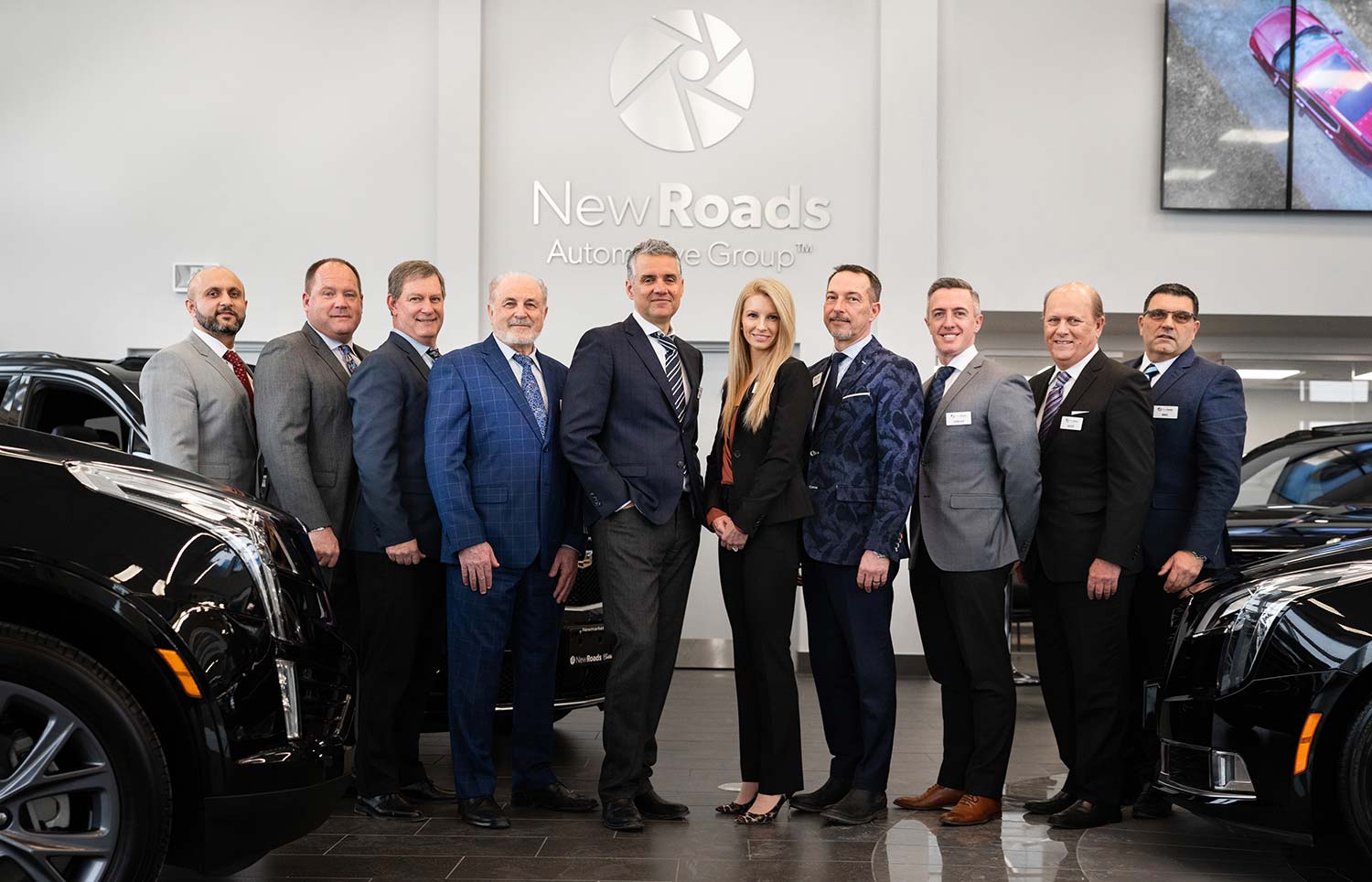 NEWMARKET, ON - There had never been a March like March 2020 for the NewRoads Automotive Group

“In early March 2020, we were in a complete state of confusion like the rest of our industry, the province and the country,” recalled NewRoads’ President and CEO Michael Croxon. “By mid-March 2020, we got to the point where we wondered if it was worth being open at all because we were concerned for our associates and customers. The anxiety was very real.”

By late March, they made the tough decision to close. That was even before the provincial government mandated it.

“We knew that as the pandemic hit, communication would be more important than ever,” Croxon said.

So, right from the get-go, senior management and store GMs communicated via daily conference calls at 9 a.m. The goal was to establish anti-COVID measures that were consistent from store to store and above all keep associates and customers safe.

During the lockdown, management kept up the daily communications in order to establish best practices and safety protocols so they would be prepared for opening the doors again.

“We recognized this had been a trying time for many and we wanted to hear their feedback.”

Croxon said the CAWEOC (Canadian AutoWorld Dealership Employer of Choice Award) surveys showed high scores when it came to communicating with staff. “Once we brought our associates back to work in early April, we wanted to ensure we kept them informed about how the pandemic was impacting our business and what it meant to them both currently and in the future”

So, he sent out weekly emails. Content varied from information about safety protocols at each store to lighter notes such as highlighting how one associate was passing their time at home learning to hula hoop.

Croxon recalled, “there was a common thread in each email and that was that the well-being of our associates and customers remained our top priority. Even though we were all distanced from one another, the emails served to remind associates that we are all in this together, and that they are our most valuable resource and that their safety was our primary concern”

Managers were encouraged to keep in touch with their team to make sure all was going well.

In mid-July, they sent out what they called a COVID survey to all associates to see how they were feeling and their opinion of the safety measures the Group had developed to protect their health, safety and wellbeing. And how well they were being communicated.

“We wanted our associates to know that their voice mattered,” said Croxon. “We recognized this had been a trying time for many and we wanted to hear their feedback. We were pleased that we scored well in communication and safety protocols while also receiving some good ideas for additional improvements.”

Founded in 1968 by Michael Croxon’s dad, Noel Croxon, NewRoads has grown from a single Chevrolet/Oldsmobile dealership in North York, ON, to seven stores located in nearby Newmarket, Aurora and Richmond Hill, the “Northern 905.” Brands sold include FCA, GMC, Mazda, Subaru and Toyota.

There are about 375 associates on staff. All of the NewRoads associates meet two to three times a year at Town Hall Meetings, where senior managers provide a general update and recognize successes and accomplishments. There are various employee engagement surveys including the including the CAWEOC.

Celebrating and moving on virtually

“Now, more than ever, we feel it is important to ensure our associates feel valued and cared about and make sure that important celebrations do not go by the wayside,” Croxon said.

They held their most recent Town Hall over Zoom and celebrated Halloween with a virtual costume contest. Their annual kids Christmas party also played out over Zoom with crafts, carols and an appearance from Santa and Mrs. Claus.

In January 2021, NewRoads launched an initiative called the “NewRoads Winter of Learning.” This program is a series of virtual courses designed to help beat the winter blues and provide associates with a chance to learn something new.

Staff could elect to take courses on a variety of topics. Examples included mixology, cooking, meditation and fitness. Instructors were recruited from staff and the community. The instructors were paid, thus giving them an opportunity to augment their income, which has been impacted by the pandemic. The courses were so well received that they are going to become regular events.

“We are both amazed and appreciative of how resiliently our industry and our group of stores responded to the pandemic, as it could have easily been catastrophic,” Croxon added.

But at NewRoads, they aren’t letting their guard down. Travelling between dealerships and between different departments remains discouraged. Zooming is encouraged. They continue to work on ways to help associates work online or at home or both and scout around for new best practices in the ongoing fight against COVID-19.

“We continue to remind our people that we are all in this together and that we will come out stronger. There have been multiple learnings as a result of the pandemic – some of which will endure in the years to come,” Croxon continued. “We encourage any associate at any level to provide any idea that they think may improve the safety of our environment, or the effectiveness of our processes,” Croxon said.